Hurricane Iota and Hurricane Eta devastate Central America: How we can help 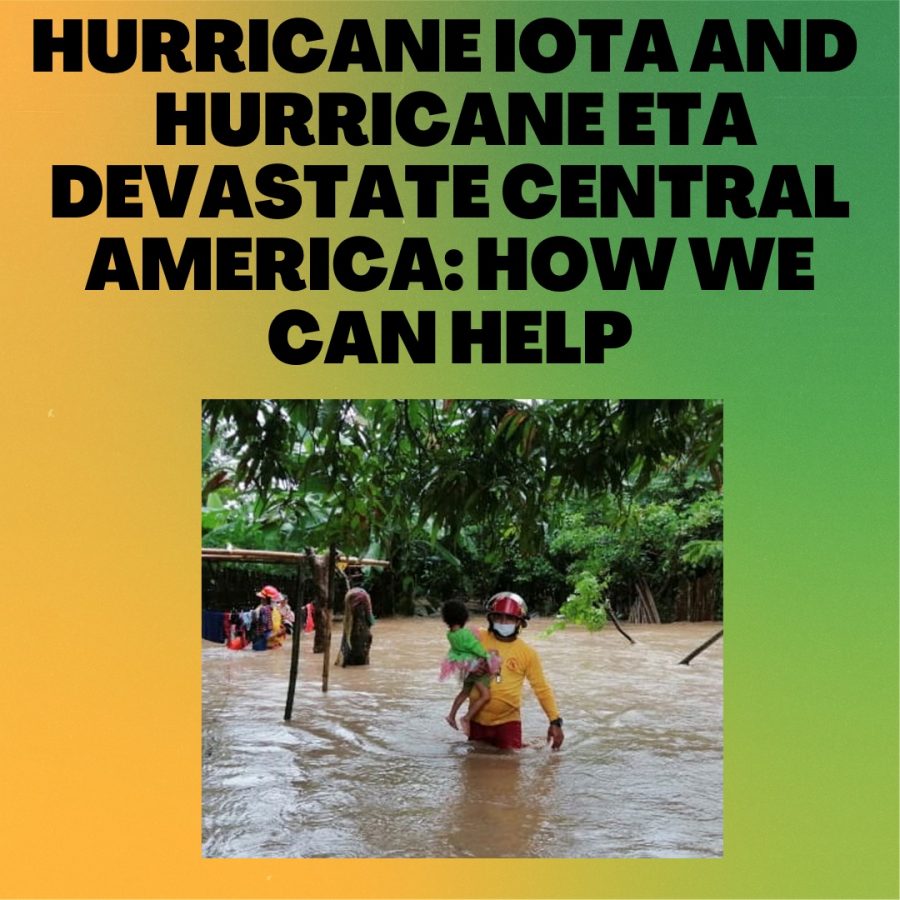 The countries of Nicaragua, Honduras and Guatemala have been struck by the devastating Category four and five Hurricanes Eta and Iota on Nov. 3 and 17, and the consequences have been fatal.

These two storms hit Central America consecutively in a span of two weeks. Beginning as a Category 4, Iota was elevated to a Category 5 hurricane with winds circulating 155 mph. According to CNN, Hurricane Iota is the strongest storm to hit Nicaragua in history. Hurricane Iota made landfall on Nov. 17 while the country was still bearing the consequences of Hurricane Eta that hit a couple of weeks prior. Eta had destroyed local farms leaving people starving, and shelters have been opened to help those in need.

“We could die,” Inocencia Smith, a resident of Nicargua at one of the shelters, to Reuters News  said. “There is nothing to eat at all.”

Cities in Honduras have been flooded, homes have been destroyed and people have been separated from their families. According to Reuters News, authorities in Honduras have also reported several missing people due to highest-impact areas still being restricted. Food, shelter and water are scarce for the common people of the country. The storm has flooded and destroyed residents’ homes, leaving them homeless.

According to NBC News, it had been predicted that anybody without shelter would probably not survive the storm. This, alongside all the chaos that comes with a hurricane of this magnitude, has resulted in several casualties of the hurricanes. The death toll has now risen to over 40 casualties of Hurricane Iota scattered across Central America.

Countless victims of Hurricane Iota and Eta do not have the resources to help themselves; still, there are ways for the Krop community to help.

The organization “Food For the Poor” is taking food donations and can be found at their warehouse on 6401 Lyons Road, Coconut Creek, from 9 a.m. to 4 p.m. on weekdays.

Additionally, another way to help is by donating cash. Many people have started fundraisers on GoFundMe to raise money for the cause, making it quick and easy to help. Provided below are examples of links to donate to: