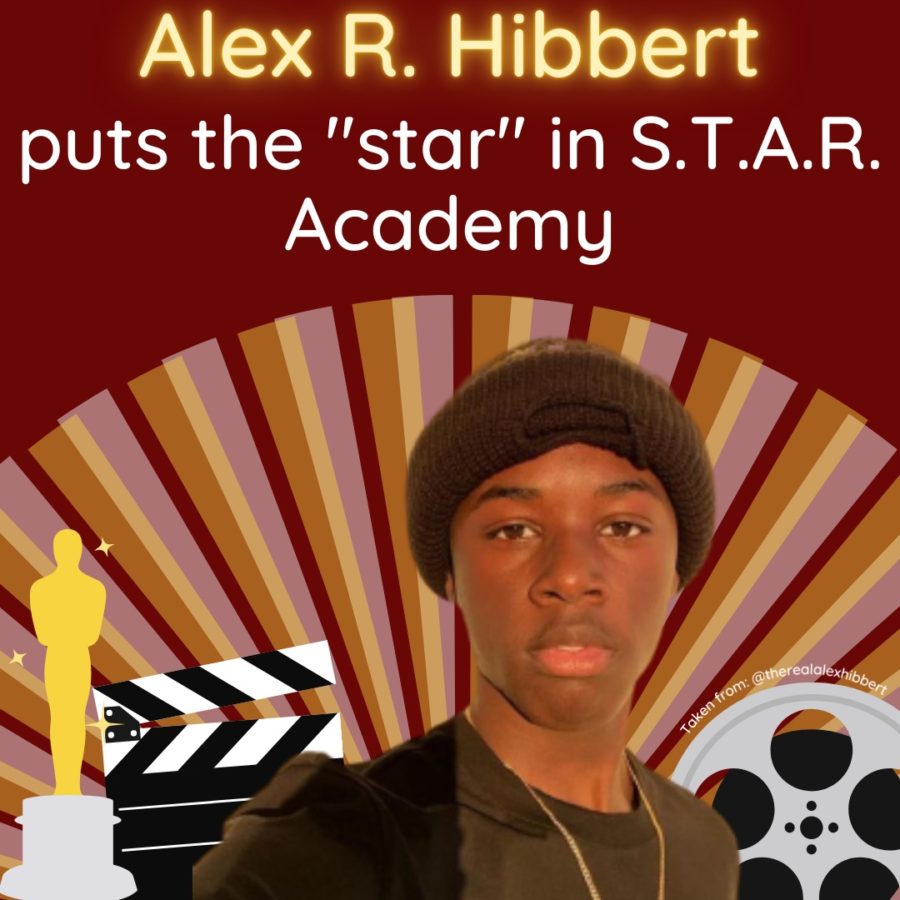 “Cameras on, please” has become a popular phrase for most high school students this past year. It can be intimidating to think that everyone is watching you on their screen — that all eyes are on you. However, for rising-star actor and Krop junior Alex R. Hibbert, this is nothing more than routine. With roles in the Academy Award-winning movies “Moonlight” and “Black Panther,” to his current role on the Showtime series “The Chi,” Hibbert longs to be on your screen.

Born in New York, Hibbert attended Number Four School until second grade when he moved to Miami. In his new hometown, he enrolled in Benjamin Franklin K-8 Center, Norland Middle School and finally Dr. Michael Krop Senior High School. Hibbert said that his acting career took off when he arrived in Miami as “opportunities seemed to flourish” for him.

He traces the beginning of his acting career to the time where his middle school mentor and theater teacher, Tanisha Cidel, had her class audition for a role in the movie “Moonlight.” Going into it, Hibbert had no idea that the movie was going to explode in popularity — winning a plethora of awards — and initially thought it was an audition for a local play. Throughout the casting process, Hibbert wasn’t fazed by his nerves due to the downplay of the situation and said that his anxiety was a source of energy for him. Additionally, the support he received from his friends who were also auditioning helped him relax until it was ultimately between him and one other classmate competing for the role.

“The role was about a young, black boy trying to find his sexuality and muse in the world,” Hibbert said. “I played young Chiron. He was a bullied, troubled kid in a treacherous environment.”

With director Barry Jenkins’ help, Hibbert said he was easily able to embody Chiron because he felt that he could relate to his identity crisis. After the movie was finalized, he realized that acting was the career he wanted to pursue. Still, it wasn’t until the 2016 Gotham Independent Film Awards in New York that Hibbert grasped the fame of “Moonlight.” It won four awards for Best Feature Film, Ensemble Performance, Best Screenplay and Film Audience — and that was only the beginning. The film won three Academy Awards at the 2017 Oscars for Best Picture, Best Adapted Screenplay and Best Supporting Actor, while being nominated for five other categories.

“My biggest influences from the [Moonlight] cast were Mahershala Ali and director Barry Jenkins because they taught me how to stay humble, never get bored and work through the industry,” Hibbert said.

While the pressure from the cast and expectations take a toll on him, Hibbert’s main enemy is his own self-doubt. He said that in an industry where there are a lot of people dominating, it’s difficult to not let the intimidation get to you. Hibbert acknowledges that the stress is there, but understands that he needs to get used to it in order to rise above it. Moreover, the anxiety of accurately representing Black culture and being able to portray his part in a way that will affect his audience is one of his biggest challenges. Despite this, Hibbert’s biggest reward is seeing the reaction on people’s faces while watching him perform. He said that he doesn’t like to look at himself on the big screen but adores the feedback and emotions from the audience.

“I was always that kid [who] never knew how to control my energy,” Hibbert said. “So now that I have a platform to express myself, it’s way better for me mentally and physically.”

Hibbert even got to play in the ending scene of the Marvel movie “Black Panther,” which won 30 awards and gave him the opportunity to meet the late Chadwick Boseman. He described a moment he shared with Boseman, where he asked him if his African accent was his real voice; Boseman just looked at him and smiled.

“He was very serious when it came to his work and also very dedicated. That’s what I really liked about his performance—he stayed in character through cuts and all,” Hibbert said.

With Season 4 of “The Chi” debuting on Showtime and Hulu by this summer, he continues to learn to set aside the stress and do what he is passionate about. The drama series focuses on how daily decisions can have deadly consequences in South Side Chicago. Hibbert said that further seasons will magnify real Chicago topics such as news reporting on violence and other sensitive issues. Kevin Williams, the character that Hibbert plays, is focused on having a good time with his friends and flirting with girls; however, due to situations in the show, Kevin ends up in serious trouble.

Although COVID-19 has taken an impact on the filming of “The Chi,” he is scheduled to go back soon and continue shooting. In the meantime, he continues to develop his acting skills with his mentor and goes to other auditions throughout the day.

Regarding Hibbert’s balance between school life and his career, he’s still figuring it out as it comes along. He advocates that everyone should learn how to focus on school while chasing other things. Yet for him, it’s hard to manage the two when he’s so involved in acting. In fact, he doesn’t see himself going to college after he graduates from high school. Instead, he wants to see where he can go as an actor and is grateful for his mom who supports his decision. Hibbert said that she allows him to express himself in his own ways and hopes that other parents would follow her strategy rather than pressuring their kids.

“A lot of people doubt me and ask why I don’t want to go to college,” Hibbert said. “‘Why don’t you have a Plan B?’ And I’m like this is what I want to do, this is my dream.”