(From the archives) Not the best precedent for a president 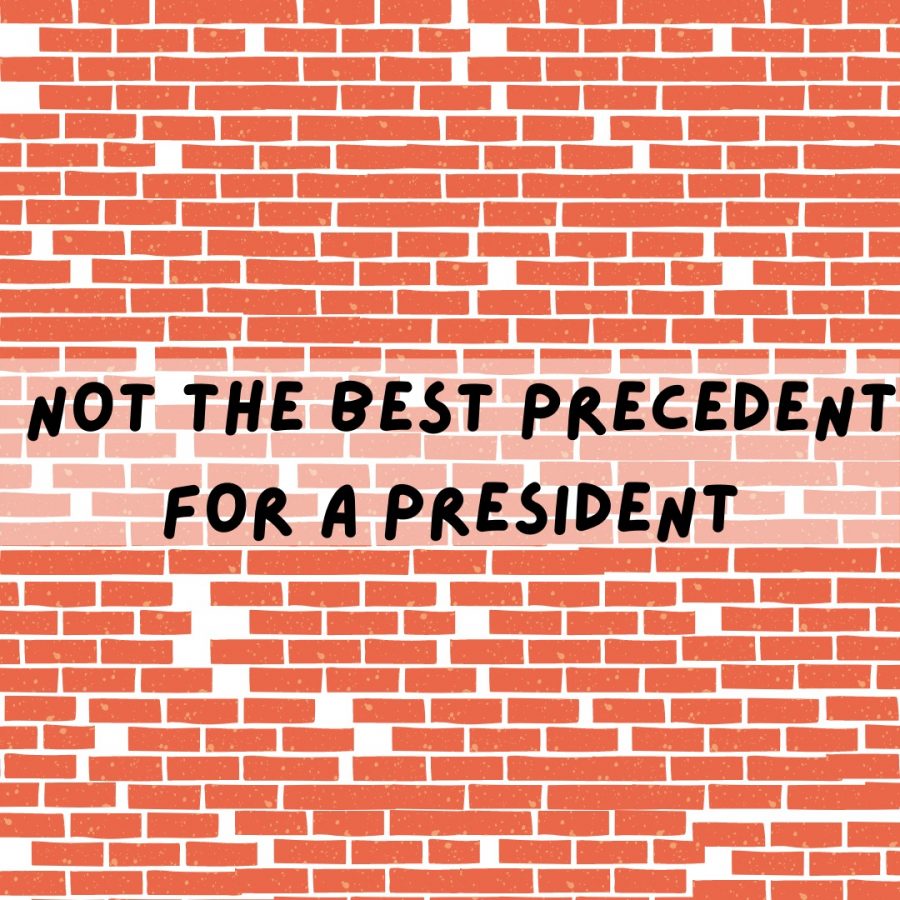 When George Washington took office, he knew that every action he made would set a precedent for his successors. “I walk on untrodden ground” was a frequent comment he made in the days leading up to his first inauguration. Now, President Donald Trump is walking on “trodden ground,” but he still finds ways to set dangerous precedents for leaders to come.

In February 2019, after failing to achieve a bipartisan deal for a wall at the Mexico-United States border, Trump declared a state of national emergency to get the funds necessary to build the wall. This national emergency also ended the 35-day government shutdown: the longest in U.S. history. The Senate then voted in favor of terminating Trump’s declaration, but Trump vetoed the vote. In order for the House of Representatives to eliminate the veto, two-thirds of the House needed to vote in favor of overriding it, but since the Democrats in the House don’t have a two-thirds majority, the veto prevailed.

This was the first time that Congress overrode a national emergency declaration by a president, as well as the first time that the veto power— the power of the president to refuse a joint resolution or bill—was used against the Senate by the current president. These actions parallel those of an authoritarian ruler who doesn’t wait for anyone but himself to accomplish what it’s on his agenda, like declaring a state of national emergency because a bipartisan deal was taking too long.

“I didn’t need to do this, but I’d rather do it much faster,” Trump said in his National Emergency declaration speech on Feb. 15.

By doing this, Trump set a precedent that he could bypass Congress on whatever he thinks fit. He also took advantage of the fact that, although the Democrats have a majority in the House, they don’t have the two-thirds needed for the override of the veto, which is almost impossible to achieve in such a politically divided Congress.

Indeed, 32 national emergencies are still in effect today, ranging from terrorist attacks to restrictions and even sanctions for North Korea. 31 of these weren’t overridden by Congress and are supported by the government. One of these emergencies is not popularly supported, and that same one has been overridden in the Senate. The border national emergency was overridden because the U.S-Mexican Border “emergency” is not really an emergency, but this was just a way for Trump to hurry the building of his wall.

A country in which the leader rules by his own rules is under an authoritarian regime. Trump is blurring those lines more and more every day, drafting his own rules over the ones written in the Constitution. Not only is this a threat to the Supremacy Clause, which states that the Constitution is the supreme law of the land, but also a precarious precedent for a president to set.