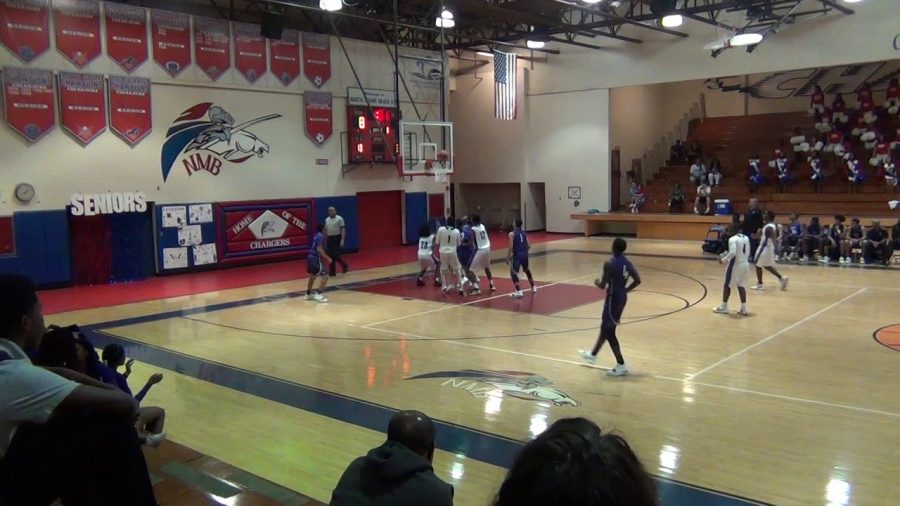 With a refuse- to-lose mentality, Krop basketball rode behind their two leading scorers -Tyson Civil and DeShawn Joseph, to beat North Miami Beach High 51-37 after being down two at halftime.

On the defensive side of the ball, coach Chris Garcia constantly switched it up to find out what scheme worked the best. After a few changes, coach Chris decided to stick with a run and jump half-court man. This type of defense didn’t really allow for NMB to set their offense up. Although NMB had speed, krop was able to contain them by clogging the lanes since they are not a good shooting team.

Offensively, the team loves to push it in a fast break offense when given the opportunity. Otherwise they go with a flex motion offense. This type of scheme has lots of down and cross screens which open someone up in the lane. The team also has several quick-hit plays for fast and easy points.