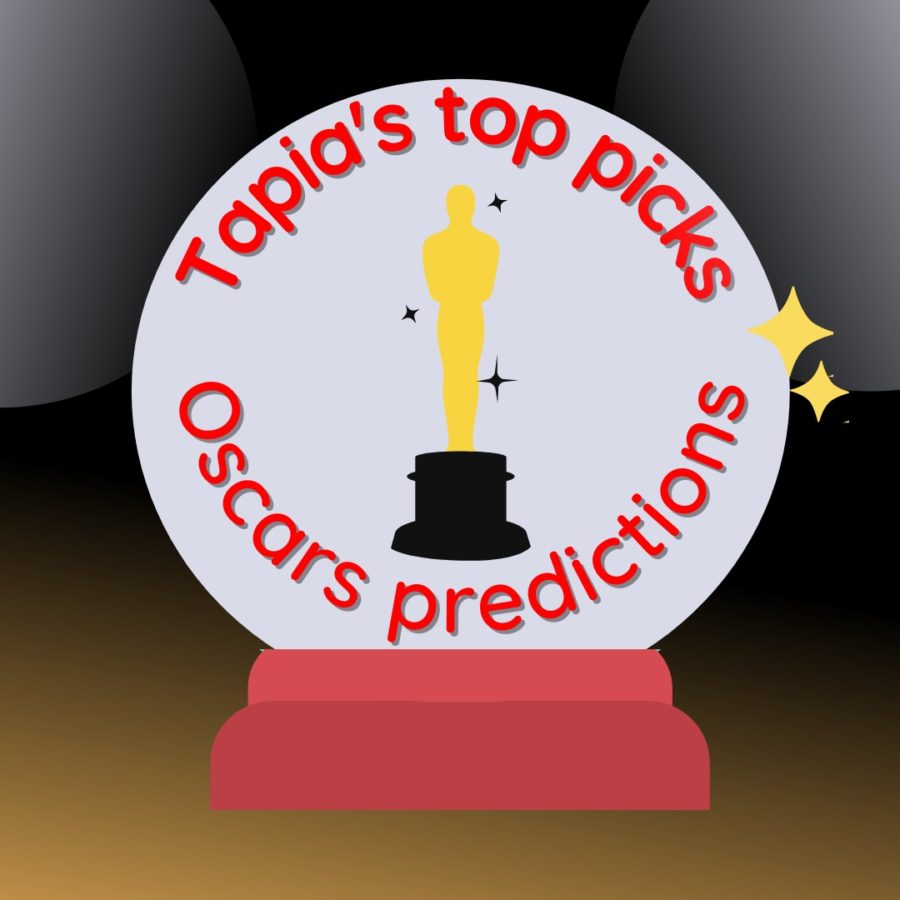 This year’s nominations for the 93rd Academy Awards broke many records with historic nominations in almost every category, from two women going for Best Director, to the first Asian-American to be nominated for Best Actor. With that said, the night will not only be one for entertainment, but a significant one for diversity as well. Airing Sunday, April 25, this will be the third year in a row in which the Academy Awards will go hostless, leaving room for many surprises to come our way.

Director David Fincher’s “Mank” led with the most nominations receiving 10 nods, followed by “The Father,” “Judas and the Black Messiah,” “Minari,” Nomadland,” “Sound of Metal” and “The Trial of the Chicago 7,” which all received six nominations. “Ma Rainey’s Black Bottom” and “Promising Young Woman” came in third, receiving a total of five nominations each. Some of the biggest movies of the year are up against each other, so let’s get into who might, will and should win in the most important categories.

The most important award of the night will most likely go to “Nomadland,” a movie about a woman – played by the legend Frances McDormand – who, after losing her husband, decides to live as a modern-day nomad in the American West. Given that it already won the Golden Globe, the Critics Choice Award and the British Academy of Film and Television Arts (BAFTA) Award for Best Movie of the Year, the film is a top choice for the Academy. However, “Minari,” a movie about a Korean-American family that moves to Arkansas in order to pursue the American dream, may also have a shot at winning. My favorite movie of the year, which is also nominated for Best Picture, is “Promising Young Woman.” Directed by Emerald Fennell and starring Carey Mulligan, it follows a woman who seeks revenge for a sexual assault that happened years prior to her best friend while at medical school. Although it will probably not win, since it hasn’t won as many awards as the other movies in this category, I really loved “Promising Young Woman” because it’s a type of film we have never seen before – it deals with sexual assault in a way that you’d never expect and was so well put together. The costume design hit it out of the park and played a role in every scene and the screenplay was well written, which served justice to the movie.

Should/ Could Win: Minari

Two female directors, Emerald Fennell and Chloé Zhao, were nominated in the Best Director category, the first time two women were nominated for this important award in the same year. This year’s historic category will most likely go to Chloe Zhao, who doubled her record by also being the first woman of color to be nominated in this category for her work on “Nomadland.” Zhao won the Golden Globe, the Critics Choice and the BAFTA for best director which gives her a lead. However, David Fincher is also nominated for his work on “Mank,” which has been praised endlessly by critics. Fincher may have a slight advantage given that he is a three-time nominee for his work on “The Curious Case of Benjamin Button,” “The Social Network” and now “Mank.” Emerald Fennell did an amazing job directing “Promising Young Woman;” she brought a clear vision to the film and executed it perfectly, making the film’s plot clear and understandable for anyone watching the movie.

Should/ Will Win: Chloe Zhao

This year has now led Viola Davis, who is nominated for her performance as Ma Rainey in the film “Ma Rainey’s Black Bottom,” to become the most nominated Black actress at the Oscars, making awards history. Davis won the Screen Actors Guild (SAG) Award for this performance, which puts her in the running for the Oscar, however I don’t necessarily think she will be receiving the award this year. Given that Rosamund Pike, who won the Golden Globe for best actress in a Musical/Comedy for her role in the movie “I Care A Lot,” didn’t receive an Oscar nomination, Andra Day may be in the lead for this award for her portrayal of the titular character in “The United States Vs. Billie Holiday” given that she won the Golden Globe for the Best Actress in a Drama Movie. However, Carey Mulligan, who has been previously nominated for her role in “An Education,” won the Critics Choice award,making this a competitive and unpredictable category. She gave a truly captivating performance as Cassie in “Promising Young Woman” and showed the different sides to the character Another surprise may be Frances McDormand given her recent BAFTA win, she already has two Oscars for Best Actress. Since this category is basically up for grabs, let’s see which young promising woman will win.

Should/ Could Win: Carey Mulligan

This category made history in two ways, with Steven Yeun who became the first Asian American to be nominated in the best actor category, and Riz Ahmed, the first Muslim to recieve a nomination in this category as well. However, when it comes down to who the winner might be, it’s pretty clear that Chadwick Boseman will win for his role in “Ma Rainey’s Black Bottom.” He did a phenomenal job in the film and won the Golden Globe, the Critics Choice and the SAG award for his performance. Boseman’s death was a tragic loss, and this award would be a beautiful tribute to his memory as well as his incredible performance. The Academy might also consider Anthony Hopkins for his performance in “The Father,” given that he recently won the BAFTA. It is needless to say that Anthony Hopkins is an extremely accomplished actor who has already won an Oscar in this same category for his performance in “The Silence of the Lambs” back in 1992 and has been nominated a total of six times. However, I highly doubt that this will happen and I think the award is set to go to Chadwick Boseman.

Should/ Will Win: Chadwick Boseman

This category could go in many different ways considering that the Best Supporting Actress Golden Globes winner Jodie Foster wasn’t nominated for the Oscar. Maria Bakalova, an up-and-coming star who is nominated for her role as Borat’s daughter in “Borat Subsequent Moviefilm,” has a high chance at winning this category because of her Critics Choice Award win. Glenn Close is also nominated for her role in “Hillbilly Elegy.” She is the actress with the  most Oscar nominations with a total of eight nominations and zero wins. The Academy might want to finally give her the win she has been waiting for. Some surprises may be Amanda Seyfried for her role in “Mank” and Olivia Colman for her role in “The Father,” both starring in black and white films. While it is Seyfried’s first Oscar nomination, Colman already has a Best Actress win for her performance as Queen Anne in “The Favourite” two years ago. Youn Yuh-jung, who plays the grandma in “Minari,” might also be a surprise win given her recent SAG Award and BAFTA win.

Should/ Will Win: Maria Bakalova

I Want to See Win: I’m fine with either Maria Bakalova or Glenn Close

Although this category is filled with talented actors, it is pretty clear who is set to win this award. Daniel Kaluuya’s performance as Chairman Fred Hampton in “Judas and the Black Messiah” is absolutely incredible. His portrayal of Chairman Fred is spot on, and his accent, mannerisms and way of speaking are identical to the real historical figure. Kaluuya won the Golden Globe, the Critics Choice, the SAG award and the BAFTA making him the top contender for the Oscar. A surprise may be Sascha Baron Cohen, who also portrays a real figure in history, the revolutionary Abbie Hoffman in “The Trial of the Chicago 7.” Although Cohen gave a great and uncharacteristic performance, I still think Daniel Kaluuya did much better and will win.

Don’t forget to fill out your own ballots to see if your favorites win, and tune in to watch the 93rd Academy Awards this Sunday.