During the past month, major companies, like Tesla and Apple, announced their latests improvements and technologies that will be released.

Elon Musk announced the all new Model Y SUV. The car will sell at a price of $39,000 for the most basic type and up to $60,000 for models with more battery range and other features, making these the most affordables SUVs in the market. Tesla will also charge extra for features like an  autopilot software, a third row of seats and different colors than black.

The new Model Y is expected to sell more than the previous SUV Model X and the latest released Model 3. Buyers will have to wait until 2020 to get their new Teslas and those who get the more basic versions will have to wait until 2021 to get it. Production of the cars are meant to start next year but the location where they will be manufactured has not been announced yet.

Elon also announced that he wants the driver to feel as if they are driving a sports car but have the functionality of an SUV.

Apple also had an event in which they announced new devices and programs that they will be releasing. One of the programs they focused on the most was Apple TV+. They mentioned it will feature the “highest-quality storytelling” and will be available for over 100 countries. Apple teamed with various celebrities to create their own TV shows and movies to play on their on-demand service.

Apple also announced the new Apple Arcade will include all the paid and free games that could be normally found in the app store. Furthermore, it will allow all of the games to be played offline when downloaded through the device.

Other announced releases include a new Apple Card that is powered by MasterCard as well as Apple News Plus. The Airpods 2 were also announced during the event. The new version of the Airpods will be sold with an optional wireless charging case which raises the price of the earbuds from its original $159 to $199. Buyers will be able to purchase them without the wireless case for the original price. Other minor updates to them were the “Hey Siri” software, more battery life, more talk time and the ability to connect faster between Apple devices. 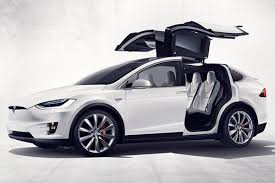