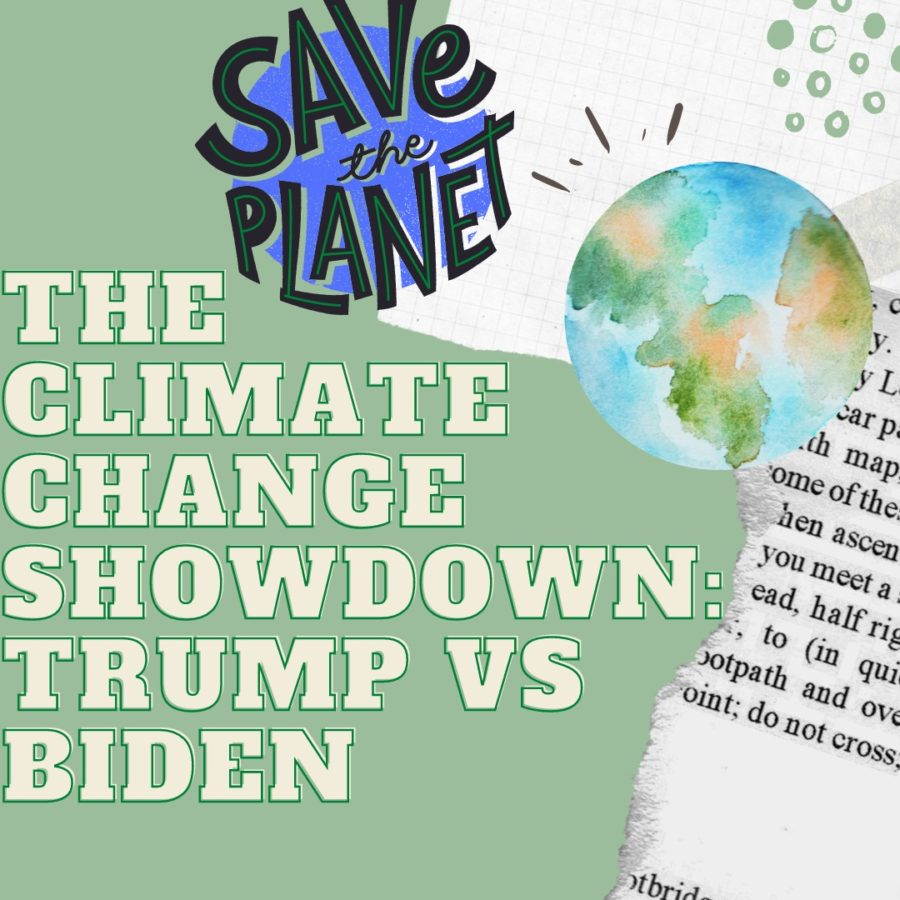 Climate change took much significance during the 2020 presidential election. Both Former President Donald Trump and President Joe Biden have delved into this climate emergency topic while running for presidency or being in office. The following is what each candidate has done regarding specific climate change issues highlighting Biden’s Climate Change Plan and the Paris Agreement recommission.

Trump withdrew the United States from the Paris agreement in 2020. Trump’s withdrawal slowed down international efforts to reduce climate change and encouraged other countries to weaken their environmental policies as well. As stated by The New York Times, Trump has  refused to sign select international documents unless they’re stripped of any references to climate change.

Biden took action on his first day of office to recommit the United States to the 2015 Paris climate agreement. The Paris Agreement was created since climate change isn’t something each nation can choose to control for themselves; it’s something that affects the planet as a whole. Countries put forward their climate commitments so that every nation does its part for the environment. Those commitments cover emissions from 190 countries, as stated by the Natural Resources Defense Council.

Biden has proposed spending $2 trillion to reach zero emissions by 2050, and plans to demand that Congress enact legislation to meet said goal.  He mentioned that he also wants to push other countries to increase their climate change efforts by publishing rankings on the countries that may be falling behind on their climate commitments and those following through.

The Trump administration has completed rollbacks of over 100 environmental regulations as stated by the New York Times. He defunded clean energy programs from the Office of Energy Efficiency and Renewable Energy while rewarding companies or individuals with ties to the fossil fuel industry. “The fossil fuel industry and its leaders will continue to support Donald Trump because he will do anything he can to continue fossil fuel dominance of the American energy sector,” said David Bookbinder. A New York Times analysis, based on research from Harvard Law School, Columbia Law School and other sources, states that these rule reversals have occurred in the following climate change areas: air pollution and emissions, drilling and extraction, infrastructure and planning, water pollution, toxic substances and safety, and more.

As vice president under the Obama administration, Biden was put in charge of overseeing the implementation of the American Recovery and Reinvestment Act of 2009, which made it possible for there to be more than $90 billion in government investment and tax incentives to better establish the clean energy economy of the future. and what has he done now to prioritize climate action?

Trump managed to achieve the biggest reversal of public land protection in history when he cut the size of two protected areas in Utah, then began mining exploration in the land he excluded. Still, Trump signed a wide-ranging public lands bill in 2019 that created 1.3 million acres of new wilderness. Trump also revoked an executive order signed by Obama that would protect the biodiversity of the Bering Sea region, a northern extension of the Pacific Ocean separating Russia and Alaska.

Biden aims to slow extinction rates by conserving 30 percent of America’s land and water by 2030. He also promises to reinstate protections for the Northeast Canyons and Seamounts Marine National Monument. Biden’s Senate voting record shows his support for expanding and protecting public lands.

Biden plans on establishing an environmental justice division within the Department of Justice. He’s already begun under the Clean Air Act and Clean Water Act.  Also, he wants to test water and make sure that lead and any other harmful chemicals found in water get filtered out. Biden already signed an executive order in which he set up a “Climate Change Task Force.” They will be tackling clean air and water issues along with anything else having to do with climate change. Additionally, Biden has said he supports phasing out single-use plastics.