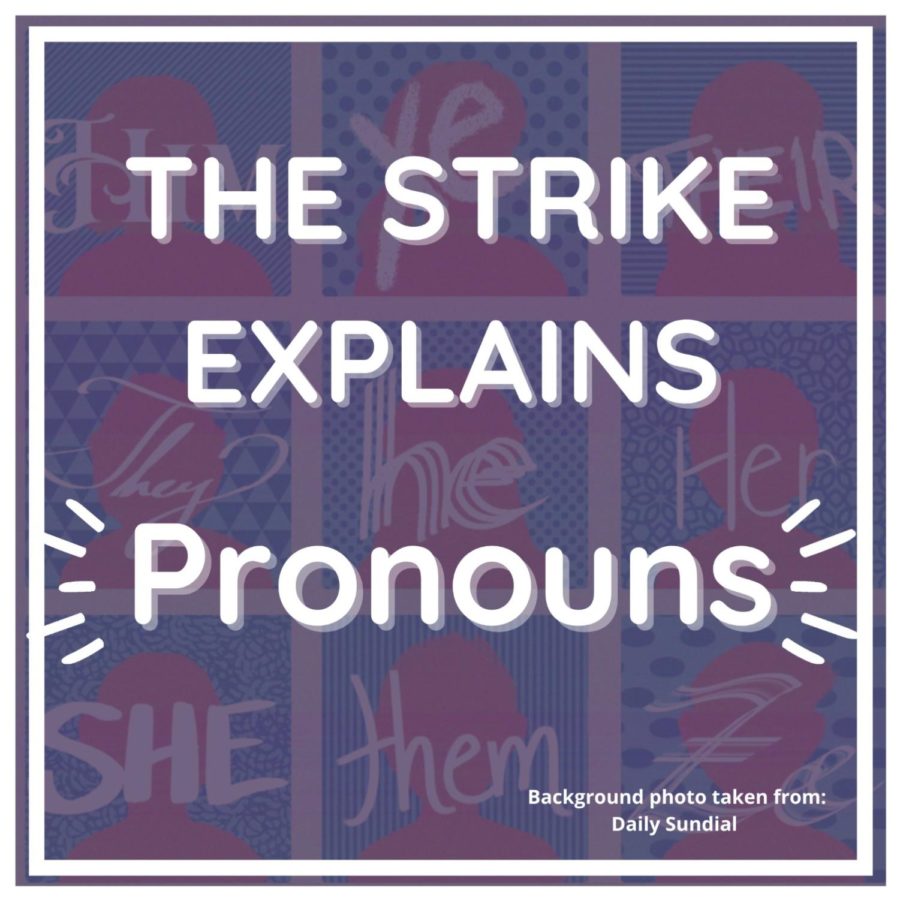 Oxford dictionary defines a pronoun as “a word that can function by itself as a noun phrase and that refers either to the participants in the discourse (e.g., I, you ) or to someone or something mentioned elsewhere in the discourse (e.g., she, it, this ).”  More specifically, gender pronouns are the pronouns a person chooses to use for themselves, i. e. what they want to be referred to in sentences and daily life. It is also used to solidify gender identity.

Knowing the different pronouns and how to use them is important because it helps queer, non-binary (identifying as neither exculsively male of female), gender non-comforming, transgender and even cisgender (people who identify with the gender they were assigned with at birth) people feel in place and comfortable with their identities. When people’s gender pronouns are not respected it can make them feel disrespected, invalidated, alienated or dysphoric.

To ask someone what their pronouns are you can simply say, “What are your gender pronouns?” If you make a mistake and call someone by the wrong pronoun it may be best to apologize and continue the conversation with the correct pronouns. It is important to remember that what someone is comfortable with varies upon person, so it is good to communicate with people and see what is right to them.