The Lightning Strike • May 12, 2021 • https://lightningstrikenews.com/there-is-never-too-much-on-krops-plate-mkhs-serves-as-a-food-distribution-center/

There is never too much on Krop’s plate: MKHS serves as a food distribution center 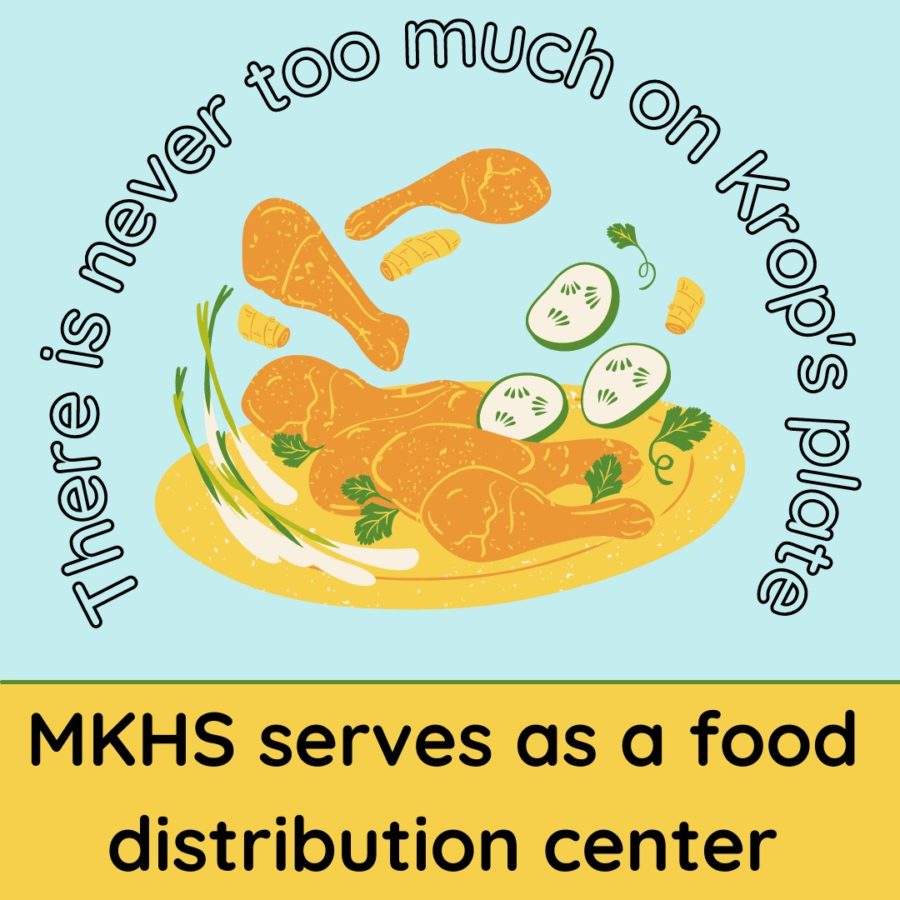 Because of Covid-19, the Krop community has suffered a lot of hardships, including a lack of food. In response to the pandemic, Krop has become a food distribution site, distributing meals to Miami-Dade County Public Schools students, including Krop students and their family members every Thursday from 4 to 5:30 p.m.

“We are meeting the needs of the student body, whether they are on campus or MSO,” Cafeteria Manager Sheila Davis said. “As far as the food distribution, I can say I am very proud of what we are doing, especially during this pandemic.”

Assigned by the district, several companies and food vendors such as Macedward and Bordens come to Krop on a weekly basis to deliver food. Davis is in charge under the oversight of the school administration. Moreover, Principal Dr. Adam Kosnitzky has also been overseeing the food distribution within Krop.

According to Kosnitzky, there were days when the cafeteria staff would stay two hours late handing out food. Davis said that on average, 560 meals are served every Thursday. However, in the beginning of the food distribution process, 10-12,000 meals were given out per week; the demand has since declined.

“We feed everybody without any questions being asked,” Kosnitzky said. “The nature of the District is to take care of the students.”