What can’t he teach? Thompkins takes on multiple APs 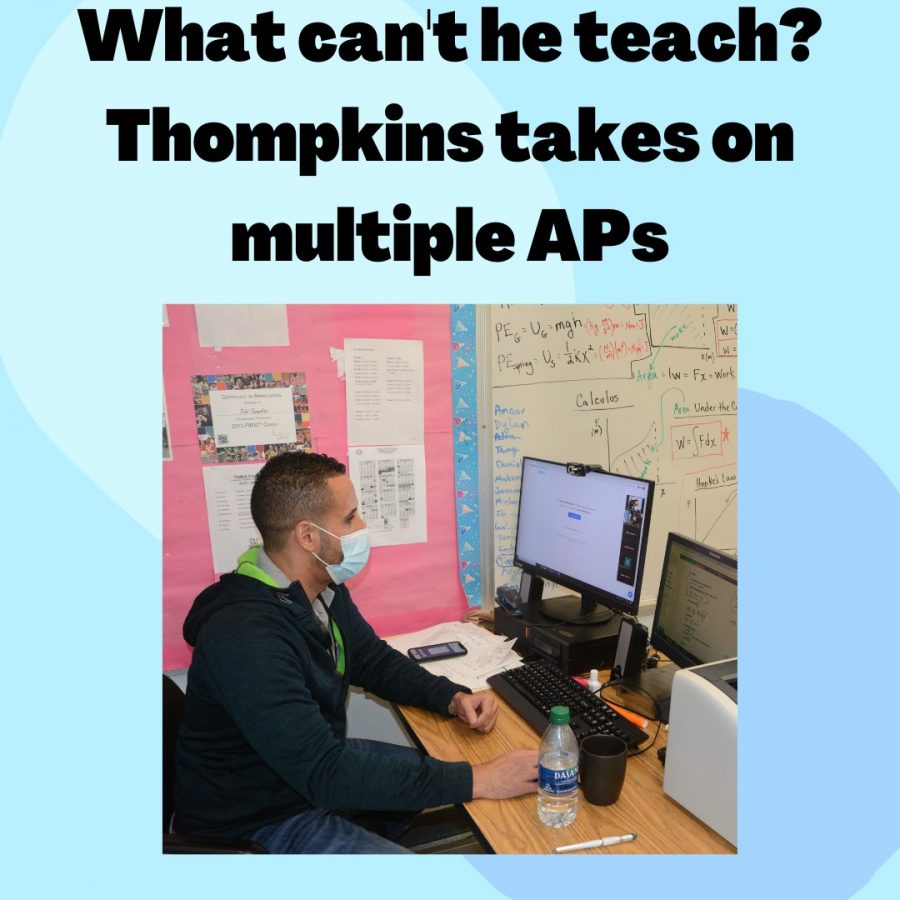 With more schedule changes in the last two years than the rest of his career combined, science teacher Todd Thompkins has saved multiple AP courses at Krop.

From 2002 to 2008, Thompkins only taught honors physics courses for all six periods of the day, but that quickly changed when he took on AP Physics. Since that 2009 school year, Thompkins has been the only Krop teacher to teach it.

Fast forward to the 2019-2020 school year, Thompkins acquired the Capstone program from former Science Department Head Dr. David Buncher, which consisted of both AP Seminar and AP Research. Originally, Buncher was supposed to keep just the research class for an extra year to make the transition easier. However, when Buncher decided to officially leave, Thompkins was forced to take up the Research class or else the program would be entirely eliminated from the Krop curriculum.

Entering the 2020-2021 year, AP Computer Science Principles was implemented into the schedule for the first time. Thompkins jumped at the opportunity to teach the class because he wanted to make things more exciting, and the course is still related to real-world applications, similar to his other classes.

“Many students showed interest and Mr. Brito wanted to offer more electives,” Thompkins said. “I surveyed students last school year and there were so many students interested that I decided to take on the challenge of teaching this course as well.”

Just like any other AP course, Thompkins had to take an online seminar where he put in 1,500 hours during the summer of 2020 of hands-on coding projects to be able to teach the class. However, as an already experienced coder, Thompkins only had to learn some new methods like Scratch, the block-based coding program.

After being chosen by the College Board, Thompkins began teaching with Edhesive, a program partnered with Amazon that already has video lessons and activities in it. This allows Thompkins to give more assistance as he does not need to teach the lessons himself.

At first, Thompkins claimed that he was extremely hesitant to add these classes to his schedule, but has come to enjoy it. Two years ago, Thompkins’ schedule contained five Honors Physics periods and only one AP Physics class. This year, his schedule consists of one honors and one AP Physics class, two AP Computer Science classes and one of each of the Capstone classes.

“It is a lot of responsibility to take on as a teacher but I wanted to help build the AP program at Krop so that we can offer courses that will be effective in preparing students interested in science, mathematics and engineering for success in college and future careers,” Thompkins said.